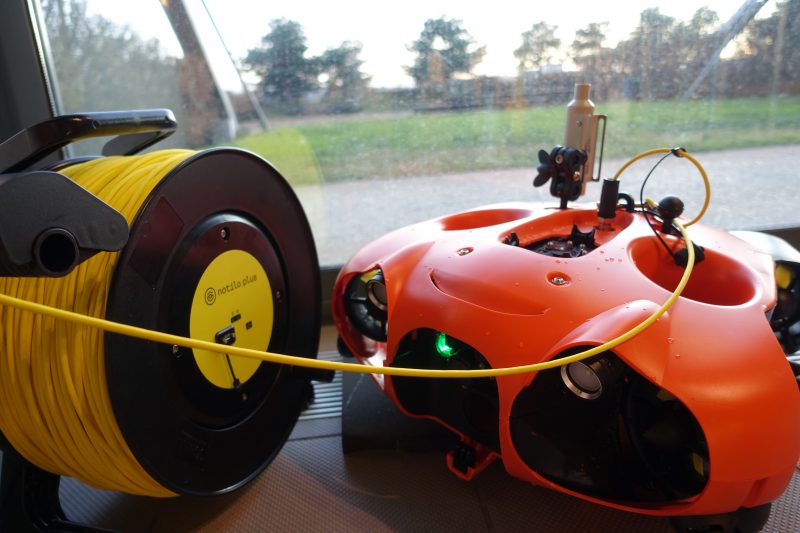 Although Seasam is a very complete product, one of its advantages is its ability to integrate new sensors or probes – and to use the data thus captured efficiently. Back in december, the Notilo Plus technical teams have been working on a specific integration at the request of our customers: the Waterlinked underwater GPS system.

The concept of this GPS is simple: using four surface receivers, it is possible to follow an object equipped with an emitter in real time, as shown in this diagram:

Once the hardware is installed, a software interface allows real-time monitoring of GPS data – and therefore the position of the tracked object.

This integration was therefore obvious for the Notilo Plus team.This was mainly done at the software level, because the Waterlinked receiver is perfectly suited to be placed on Seasam Autonomous Drone™.

The other significant part of the work of the technical team for the integration of this GPS sensor was the software development to integrate the Waterlinked interface directly into Seasam Control™. Which is now done!

Thanks to this interface, it is now possible to know in real time the position of Seasam while it is carrying out its missions, autonomously or in direct control – which is essential in the case of a hull inspection on a long term, or the exploration of an archaeological site still unknown.