The arrival of invasive species in Antarctica

Most people think that Antarctica is isolated, remote, and that no one goes there.

Think again, the continent is more visited, busy, and coveted than you might think. With more and more international programs, reconstructions and tourist activities. We are not teaching you anything, this white continent is warming up much faster than the others in the face of climate change. And invasive species could increase the list of problems linked to human activities.

Indeed, a problem arising from the increasing number of expeditions to the continent, the transfer of invasive species from the hulls of ships … Each cargo and each boat could harbor invasive species, hitchhiking to the Antarctic. This is a real threat to its fragile ecosystem.

The challenge is to keep this land of ice intact in the face of increasing human activity, including the inspection of ship hulls. 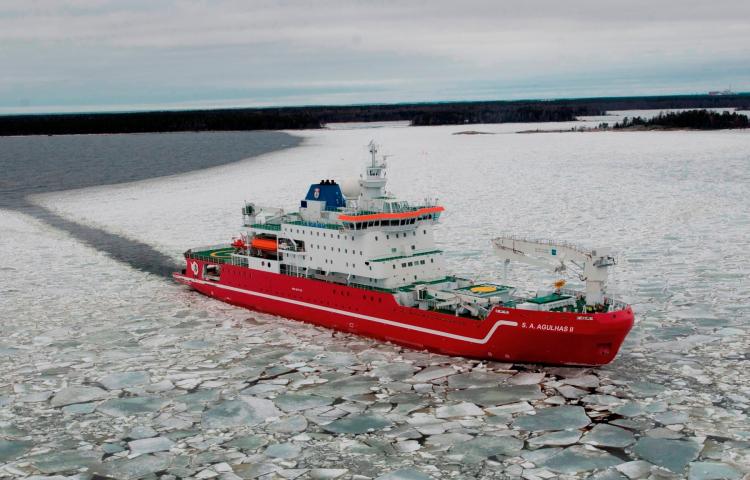 How can invasive species arrive on the continent?

The southward transport of invasive species on ship hulls presents enormous risks, as the operation of ships in warm water regions creates the development of important fouling, including globally invasive marine species.

In the Mediterranean basin, we unfortunately have some convincing examples of invasive species and their negative impact on the local ecosystem:

The Antarctic Southern Ocean is home to a unique ecosystem and sadly represents the last global marine region without major biological invasion.

However, a decrease in sea ice in this region means that hull fouling species will be less removed from ships by the abrasion (rubbing action) of the ice.

English researchers have decided to use a satellite view to display the routes of ships. The map gives them a “white continent” connected to the whole planet.

More than 1580 ports have links with Antarctica. Fishing, tourism, research and supply ships, mainly from South America and Europe, expose these fragile areas to new threats. 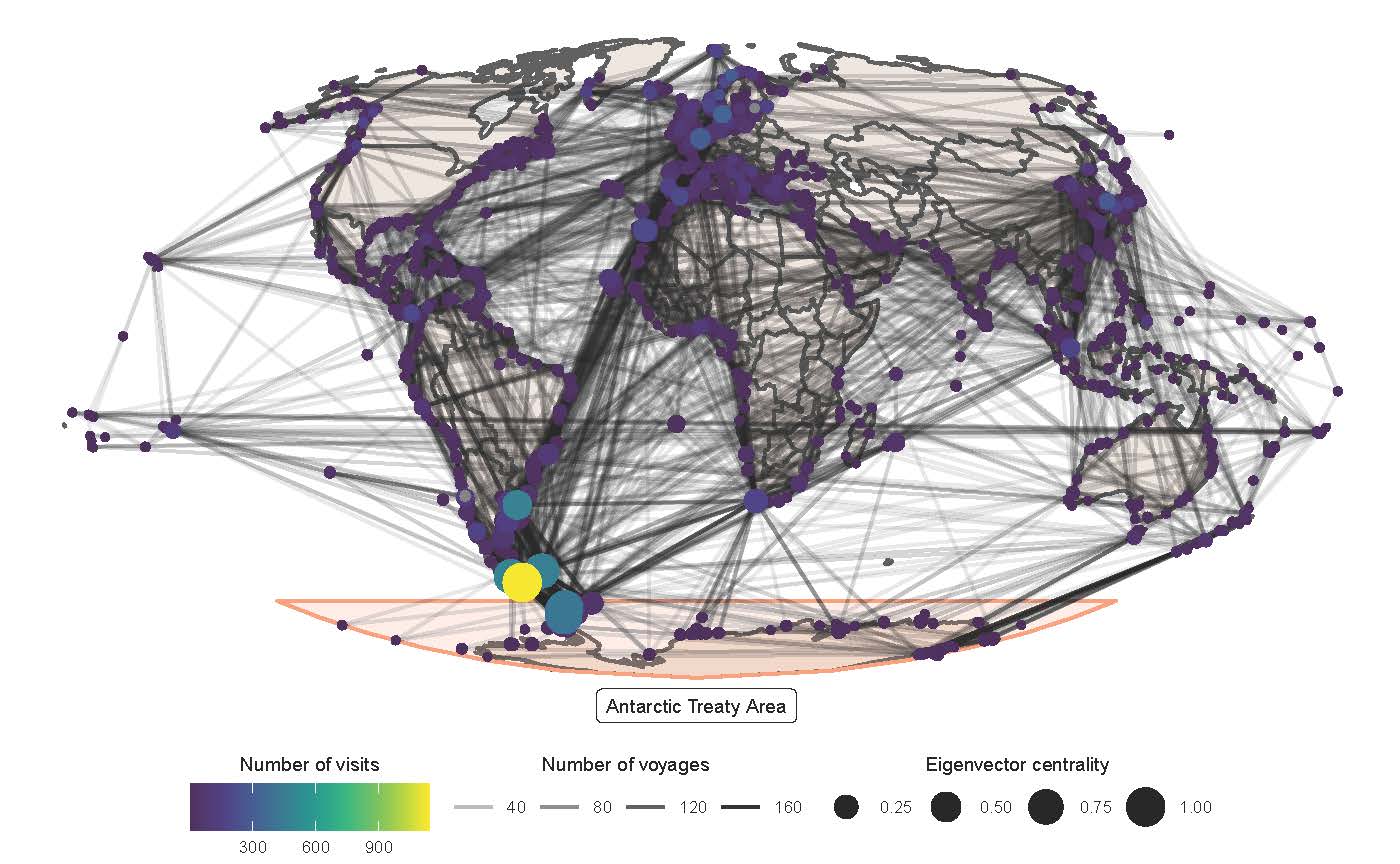 “With the melting of the ice, new shipping lanes will open up,” Yohann Soubeyran (Overseas Species Officer for France at the French Committee of the IUCN) recently confirmed in an interview with GEO. This means, among other things, that ships will use other maritime routes, encouraging the introduction and dispersion of invasive species in Antarctica.

But then what to do about it ?

How to fight against these species in Antarctica?

Antarctic Treaty countries have committed to preventing the establishment of invasive species.

This means, among other things:

– take note of predictions of invasive species that may slip through biosecurity and become established in a new environment.

As elaborated by Kevin A. Hughes in his article Invasive Non-Native Species… “; while terrestrial environments may be threatened by plants and invertebrates, the greatest immediate threat to the APR (Antarctic Peninsula Region) is likely to come from marine invasive species, with 9 of the 13 species identified as high risk being marine.”

The best thing to do to fight against this potential introduction, is to be the most careful on your ship, perform regular hull inspections, clean it, in order to preserve our underwater fauna and flora.

And remember this, a clean hull will never carry stowaways ! 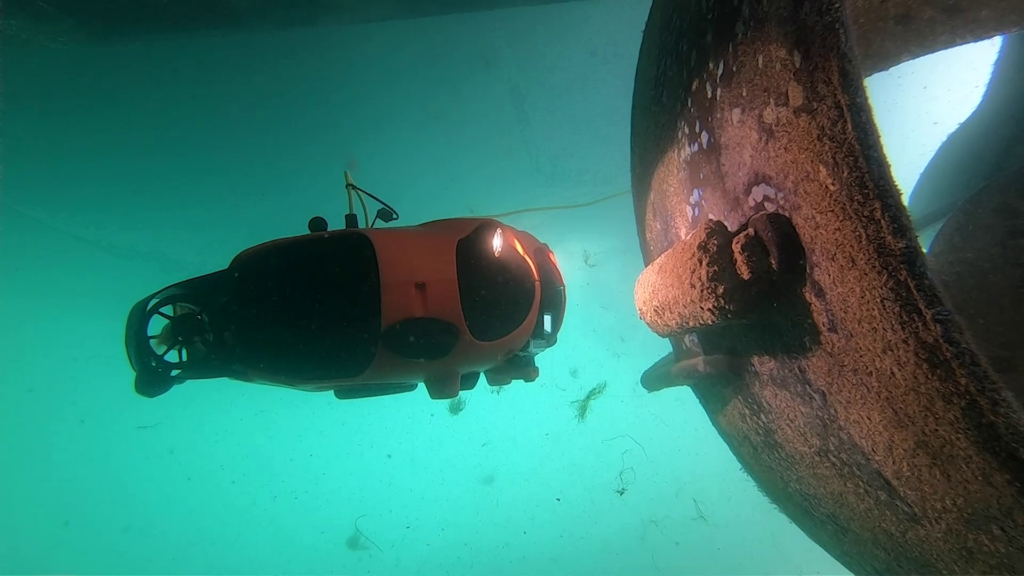 To learn more, we invite you to visit the GloFouling website, an initiative of the International Maritime Organization: https://www.glofouling.imo.org/the-issue.

At its level, Notilo Plus is fighting the transfer of invasive aquatic species around the world through its solution for the inspection and analysis of biofouling on ship hulls.

By enabling more regular inspection of hulls through a semi-autonomous underwater drone, and an online platform capable of characterizing the level of fouling on a hull, the technology puts the power in the hands of ship owners, inspectors and regulators. Increasing knowledge of the subject, accentuating prevention by predicting maintenance needs, optimizing economic performance; these 3 components are essential to involve the different protagonists around this cause.